You were meant to soar! 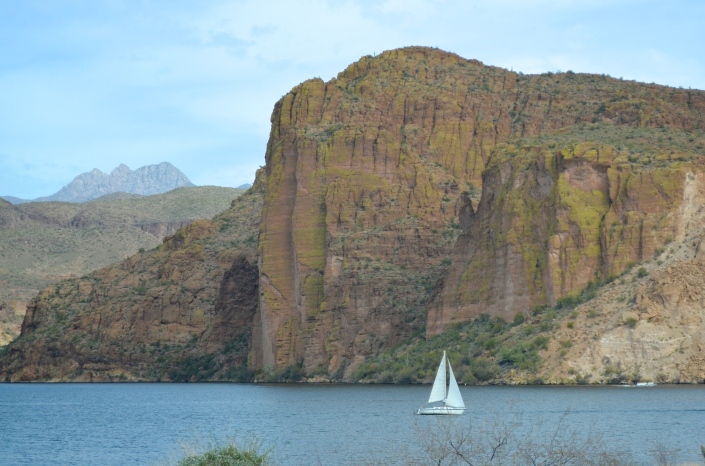 For God has not given us a spirit of fear, but of power and of love and of a sound mind. 2 Timothy 1:7

This week was an eventful one!  We had a team from the Rocky Mountain Yearly Meeting come to visit Rough Rock.  They were sent in response to a conflict among the leadership at this church, to bring everyone together, try to establish unity, and help to develop a plan for future interactions.  Three people came, Galen, his wife Esther, and Mary.  I decided (at the advice of the people over me back east) that I would welcome them and then leave Rough Rock for a few days while they sorted things out.  I really want to remain an impartial friend here.  After welcoming them, I was invited to attend the 1st meeting with the church and it was so interesting to watch this team engage the members of the disagreement in conversation.  I’ve never seen this process and I was so impressed by how this team included each person and affirmed what they believed to have happened and continually referred back to scripture.  I kept thinking, “I want to learn how to do this!”  By the end of the meeting, there was a “coming together” and even a few tears between the people who were at odds.  I’m praying so much that this process moves forward and healing continues!!  Please pray along with me in the coming weeks!!!

After that initial meeting, I left for Phoenix to stay with a friend.  On my way out of town I stopped in Kayenta with the Colorado team for breakfast at McDonalds.  What a blessing to hear the life stories of these people!

Mary rode with me to Kayenta, and it takes about 50 minutes to get there.  While we drove she told me her story.  Divorced 3 times before she came to know Christ, she reached a turning point when her son, at age 19, told her he wanted to live an openly gay life.  She was stunned by the church’s reaction to both her and her son and while at a conference she overheard two mothers talking. The first asked, “How long have you known your son is gay?” The other responded, “Only about four months now, we are still trying to find a church that can help us.” The first woman responded, “You better forget about the Church; they don’t have anything for us.”  Mary was so saddened by this- if not the church, then who will people go to?  She felt called by God to start helping churches to appropriately respond to these families.  She started an organization called “Where Grace Abounds” (click here for her website, if you are interested).

Galen and Esther told me their story over breakfast.  As they told of moving from place to place and learning to hear God’s call and wanting SO much to stay in one place and not move their kids out of school and having God reveal His desires for them so clearly, I started to feel that brotherhood/sisterhood that happens between people who are all running this race for God.  I could relate.

I also started feeling normal.  Normal in a sense that what I’m doing (leaving everything behind and moving to Arizona for 8 months) isn’t that weird.  It’s just following that voice I’ve come to recognize as God’s.  And these people were doing it too- and they had been doing it for years and years and were used to seeing God do incredible things along the way.  This is a normal way for a Christian to live.

I left breakfast encouraged that I’m a part of a world-wide team of people who are just following that still, small Voice.

When I arrived in Phoenix (will I ever get used to the distances here!?!), I settled in at the home of Sherry Hemsoth, director of “Encourage One Another” ministries.  Sherry and her family are from Fort Wayne and are another example of people who heard God’s call and stepped into the unknown.  Sherry spends her days cheering on many, many missionaries and pastors to the Native Americans.  She takes “encouragement trips” into all the surrounding reservations (Apache, Comanche, Hopi, Navajo, Pima and Zuni) to reach out to the workers in these fields.  She also has a little cottage on her property that is free lodging- open to any ministry person who needs a place to stay in Phoenix, or who simply needs time away from the reservation for a bit.  Her website can be found by clicking here.

It was such a joy to be adopted into Sherry’s family for a few days.  She planned a picnic at a beautiful lake where Casper swam his heart out, and every morning I enjoyed a morning walk to the (dog-friendly!) Starbucks just up the street.  It was really good to talk through some of the things I’ve absorbed over the past 6 weeks with her.  She has a rare perspective and knows SO much about the ministries going on all over Arizona and New Mexico.  It was fun to hear how she stepped out in faith to follow God’s voice.  Again, it made me feel like what I am doing right now is the most natural and common thing.  Just a part of walking with God.

When I was struggling with the idea of coming here, I listened to a song over and over again.  I think God used it to give me courage- and a hope that in letting go of all the fears of the unknown I would be able to soar.  The song is “Just Live” by Kathleen Carnali (who is an amazing artist with such a heart for God!)  Just sharing the lyrics with you won’t do it justice….so click on the picture below if you’d like to hear her perform it.

“Afraid to lose something…when it’s that something that won’t let you go.
Until you have nothing, then nothing is all that you’ll know…
Take a chance, let it go…You don’t have to be afraid of the unknown!  “

It is a totally normal and expected thing for Christians to live in the realm of the unknown.  God wants us to trust Him each day, for that day alone.  Obviously, God doesn’t tell every Christian to pack up and move, or give up a career to go into ministry.

But what if He says it to you?

What if God’s voice directs you to lead a ministry or help teach Sunday School, or volunteer at a women’s shelter, or….?

I’ve spent most of my adult life with college age students and they always ask, “How do I know it’s God?”

I tell them- know God.  You can’t hear Him if you don’t spend time with Him.  On your own.  In prayer.  In His word.  Just listening. With others, in small groups, in one-to-one discipleship, in church.  Spend lots and lots of time with Him and you will know His voice.

I love that life as a Christ follower is an active thing.  I think Paul refers to it as a race to remind us that we aren’t to be passive, but always press(ing) on toward the goal to win the prize for which God has called us heavenward in Christ Jesus.

Who knows what plans God has for you?  Press on friends!!!

This has been a week of encouragement for me and I’m ready for whatever comes next!

This has also been a week of some sad news.  My friend Miranda, who is renting my house, started having seizures a few weeks ago and her doctor has taken away her ability to drive.  This is incredibly bad news for her- she is trying to piece together transportation so that she doesn’t lose her job, and she is so sad and discouraged to lose her independence.  Please pray for her this week as she struggles with questions of “why” and “how”.

This also means that I’ve lost my rent and utility income. My house isn’t prepared to rent out to just anyone.  All Miranda and I did was to clear out a bedroom and kitchen space for her, so most of my things are all still there.  I have good friends who have offered to check on the house and keep up with the yard work for me this summer, and I’ve pared down my utilities as much as I can.  I still need about $500 extra/month beginning in April.  Please be praying that God will make a way.  I’m still getting income from my dessert blog and I’m hoping to do some side jobs in graphic design maybe one or two days a week, but I need God to multiply things!!!!  Just more practice in learning to trust each day and fear not!

Thank you again and again for your prayers, encouragement and support~ I’m so thankful for you!!!

Though youths grow weary and tired, And vigorous young men stumble badly, Yet those who wait for the LORD Will gain new strength; They will mount up with wings like eagles, They will run and not get tired, They will walk and not become weary. Isaiah 40:30-31