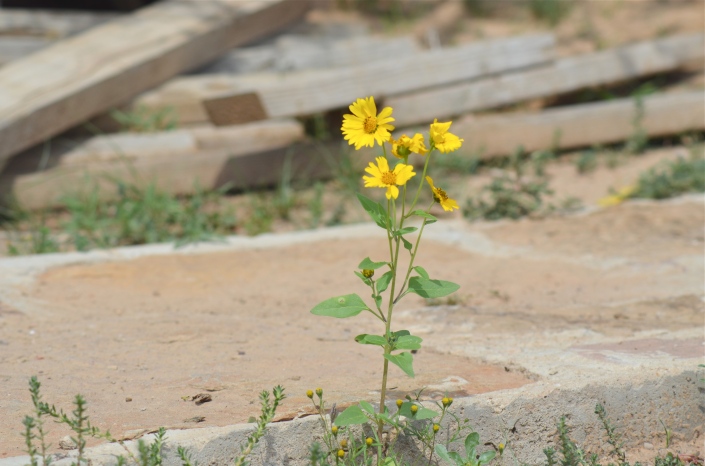 As the rain and the snow come down from heaven, and do not return to it without watering the earth and making it bud and flourish, so that it yields seed for the sower and bread for the eater, so is my word that goes out from my mouth: It will not return to me empty, but will accomplish what I desire and achieve the purpose for which I sent it.      Isaiah 55:10-11

Bible study is one of my favorite parts of my week here.  Maybe because so many unexpected things happen each week, but mostly because it is so refreshing to meet with people who are so excited to learn about God’s word.

Bible study was reinstated here during the week I arrived.  I think everyone was hoping I would lead it and they could just come.  The 1st week, we all sat and looked at each other. Me, expecting someone to get up and start a Bible study and them, expecting me to get up and lead the Bible study.  After I finally realized that all eyes were on me, waiting, I spoke up and asked who was in charge of leading the study and learned that they all expected me to lead.  So the 1st week, I led.  I used a set of 6 questions that can help any group study and discuss a passage of scripture.  I had used these questions with the college ministry I led in Indiana, to help them become comfortable in leading a group in discussing the Bible together.  I explained that I would lead the questions this week and that I’d like one of them to lead them next week.  A woman from the church volunteered, and I was excited to have things off to such a good start!

The second week, nobody from the 1st week came.  It was all new people.  They didn’t want to lead.  I used the same method with them and we had a great discussion about Jesus being the vine and us being the branches.  At the end, I asked if there were any questions about the scripture we just read.  One of the men said, “I have a question about another part of the Bible.  I’ve been reading in Genesis about Cain and Abel.  It says that after Cain killed Abel, he was cast away from God. So I’ve been wondering if he maybe became Bigfoot?”

Awkward pause, while I wondered what in the world to do with that.  I decided to let the group answer his question.  I asked the group, “Well, what do you think about so-and-so’s question?  Do any of you have ideas about how to answer it?”  A group discussion followed and the end conclusion was that he was a genius for putting two and two together and figuring out this age old question.  I had to intervene.  I suggested (as gently as I could) that the best way to answer questions about the bible is to pray, and then to try to answer the question with the Bible itself.  So we prayed, and then we read the rest of the story- about how Cain got a wife and had kids and built cities.  I think everyone was glad we finally knew the truth…but maybe a little disappointed that Bigfoot remains a mystery.

The third week only one couple showed up, and this was the 1st time I’d seen them.  Their  names are Delbert and Lula. I asked if one of them would like to lead, and Delbert just laughed.  He said, “There’s no way we could lead a Bible study, we are so confused by the Bible!”  So we prayed, and I told them we could spend the night just talking about their questions.  Lula explained that they are new Christians.  Delbert had serious health issues last fall and had surgery to remove cancer.  He decided to seek God about it, and accepted Christ.  Miraculously, his cancer is completely gone. Since then, they have been trying to read the Bible and they go to any church service they can, to learn more about God. Delbert explained that they were having a hard time figuring out the whole story of the Bible. “What is this Old Testament and New Testament stuff?” he asked.  “Can you tell us the whole story of the Bible, in the right order?”

Wow.  God (in His perfect plan) had just led me through this process with my college group last spring.  I had just taught them how important it is to be able to explain the whole big picture of the Bible.  I don’t think my memory is anything to brag about, and I had a moment of panic when Delbert asked this.  Once I got started….In the Beginning…it all flowed.  All the way to Christ’s return.  Afterwards, we talked about how the Old Testament is the story of God’s dealings with men before Christ and the New Testament is the story of God’s dealing with men after Christ.  I can’t even describe how excited they were.  It’s been so long since I’ve met anyone that excited about understanding something about God.  It’s been so long since I’ve been that excited.

The weeks that have followed have really spoken to my heart about simple faith.  We’ve had more people coming, and I’m slowly getting people to take on the role of “question-asker” during the study. Last week, someone asked “What’s the deal with this Holy Spirit guy?”  I responded by explaining that He is God.  “What?!?  So we have THREE Gods?”  Nobody in the room had heard of the concept of the trinity, so I wracked my brain trying to remember analogies to explain the trinity….eggs? water? wind?

I’ve been involved with teaching and leading in ministry for 15-plus years now, and I’m very used to incredibly well- educated, intelligent people citing reasons for why God can’t possibly exist.  They use all kinds of logic and math and philosophy to try to convince me and others that God isn’t real.  I have good friends who claim to be “too intelligent” to believe in this “fairy-tale” God.

Last Wednesday, Delbert looked at me and said, “You know, I’m not a smart man.  I only finished high school.  I have a really hard time reading this Bible, and there’s a lot I don’t understand about God.  But He healed me and changed my whole life, so I trust Him and I will follow Him.”

“For the message of the cross is foolishness to those who are perishing, but to us who are being saved it is the power of God. For it is written:

“Where is the wise person? Where is the teacher of the law? Where is the philosopher of this age? Has not God made foolish the wisdom of the world? For since in the wisdom of God the world through its wisdom did not know him, God was pleased through the foolishness of what was preached to save those who believe. Jews demand signs and Greeks look for wisdom, but we preach Christ crucified: a stumbling block to Jews and foolishness to Gentiles, but to those whom God has called, both Jews and Greeks, Christ the power of God and the wisdom of God. For the foolishness of God is wiser than human wisdom, and the weakness of God is stronger than human strength.

Brothers and sisters, think of what you were when you were called. Not many of you were wise by human standards; not many were influential; not many were of noble birth. But God chose the foolish things of the world to shame the wise; God chose the weak things of the world to shame the strong. God chose the lowly things of this world and the despised things—and the things that are not—to nullify the things that are, so that no one may boast before him. It is because of him that you are in Christ Jesus, who has become for us wisdom from God—that is, our righteousness, holiness and redemption. Therefore, as it is written: “Let the one who boasts boast in the Lord.”
1 Corinthians 1:18-31

I believe that God will honor the humble faith of these people.  I think they have the most incredible insights into who God is and how He works.  They have such a fresh and clear view of things. They are teaching me so much about having awe and wonder of God.

Sometimes I’m frustrated by seeing the struggle they have to read and understand the scripture.  They are really trying, but it is so hard. I googled “easy to read Bibles” and found nothing at an adult level.  I did find an interesting article about how the early church used stained glass windows to depict all the Bible stories in order, so that people who couldn’t read would understand what part of the big story the sermon was drawn from. I was thinking about what a great idea that is, when I was able to connect with my friend and mentor Paul. God uses Paul and his wife Andreya in my life all the time.  They inspire and encourage me in so many ways.  (Paul has an incredibly encouraging blog here)

Paul suggested we add a weekly activity of story telling.  The Navajo have a rich history of oral tradition. All of their history and stories have been passed from one generation to another by story-telling.  They are really good at it. And they love a good story. He suggested that one night a week we gather together, and tell the story of the Bible from beginning to end.  I asked the church what they thought of the idea and they are EXCITED! They wonder if we can use videos sometimes.  Maybe the kids can help act out the stories sometimes….?

The next few weeks are busy ones as we prepare for our first work team of the year to arrive.  Battle Creek Friends Church will be sending a team out on the 20th of this month. They will be repairing a roof and a cemetery fence, and meeting the people from this church and community.  It’s fun to hear the chatter here about “people from out east coming”.  The kids want to prepare songs for them, the women want to teach them how to make fry bread, there are rooms to be cleaned and groceries to be purchased.  It makes me smile to watch how the church is anticipating this visit.  Please begin to pray for the preparations here and in Michigan, and for safe travel.  Part of the team is driving, and I’m picking up some people who are flying into Albuquerque.

This was a long blog…and there are so many Bible study stories I didn’t tell you!  Like Cinnamon and Anna…

I’ll save them for another day.

Thank you so much for your incredible support of what God is doing here in Rough Rock.  I’m very thankful for each of you and your prayers.  I hope you have a wonderful week!

4 thoughts on “Bigfoot and Bible Study”

That’s so awesome Rutie! Keep up the great work. :0)

I LOVE reading your entries and find myself a little bit envious of your experiences. But I continue to pray that God will keep you faithful and obedient – and then I look forward to your next message. 🙂

Incredible! As always, thanks for sharing! We get to journey with you as you journal, & learn so much! Hugs:). Go God!